You are here
HomeGetting Into Roman Coins

Getting Into Roman Coins

Information about my early experiences with the fascinating hobby of Roman coin collecting and provide pictures of the coins in my new collection and links to 'Superior' Roman coin websites.

I like to think of myself as having a good general knowledge of Modern British coinage. At least from the re-coinage in 1816 until full decimalisation in 1971. I feel I know most of the rare or scarce dates and roughly what each coin type is worth. I'm on a learning curve again, and I've chosen Roman coins!

Roman coins are different to modern British coins for obvious reasons. Firstly they were made over a much longer period of time than just 200 years, so there are more types and varieties. The fact they were not all made in one central place also leads to different variations. There were different rulers for different realms and many different busts were used on coins, so this again leads to many different variations. The manufacturing process was not as automated and mechanical (although probably just as organised) as it has been over the last 200+ years so in some cases the coins were struck using inferior equipment or by inferior mint staff! Leading to guess what....More variations. In just the first few weeks of being interested in Roman coins I have learned that it's very unlikely I'll ever find two identical Roman coins.

Over the years I have acquired about 20 Roman coins while going about my Modern British Coin Business. I got them usually it lots or as part of collections with other mainly modern coins. Most of them are caked in 1500 - 1700 years worth of muck and only 6 of the 20+ have been identified (3 of them by a London coin dealer, who wrote the emperor names on a scrap of paper for me and the other by my dad who managed to read the Emperor name!). I started looking at them recently and wondering how best to clean them to make the writing visible to aid identification.

While looking around on the internet for Roman coin cleaning instructions I started reading about the different Emperors and about the geographical area of the Imperial Roman Empire and the influence it had on Europe, North Africa and parts of Asia. I have also recently published a piece on Roman coins on this site. Within in a short time I was Imperially bitten by a Roman bug and am now determined to identify all the identifiable little mysterious Roman coins I have left.

I'm also all of a sudden in need of more little Roman challenges too, so I have purchased 50 dirty unidentified Roman coins from eBay to aid my quest and give me practice on cleaning techniques. I don't expect any of them to be valuable but for only £17.00 (US$27.20) including the postage I thought I'd give them a go.

The discovery and mystery is repeating itself just like it did concerning British coins as a child. When the number of coins gets high enough I will put them in some kind or order, in the mean time they are listed in order of discovery.

Below are pictures and information about the 6+ coins I have identified so far: (Click on the images for larger pictures)

I'll try to update this page as I identify and acquire more Roman coins. In the mean time if you require further reading you might be interested in this book and the links below:

The Ancient coin Forum - Coins for sale, a great search facility for identification purposes among other things. I have spent hours on this site.
Brief History on Roman coinage - The article published here about Roman Coins.
Roman Emperors.org - A great source for emperor biographies, dates, relationships and regions.
Fantastic Roman coin site. - Everything covered from cleaning techniques, to cheap commonly found coins, to starting a collection and denominations used by the Romans. 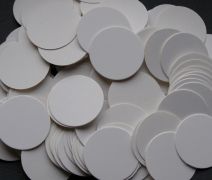